We Thought it was Good, but not THIS Good: Community Participation in HIA

When we started this evaluation of how the field of HIA is doing at encouraging community participation in HIA, we have to admit, we had low expectations. But the results are in, and they are much more encouraging then we thought they might be.

At HIP, we have focused on community participation as a key way to reach international HIA goals of democracy and equity. We strive in our work to authentically and intentionally encourage community members who are impacted by public decisions to be involved in the HIA process. But, to be honest, we didn’t know for sure if community participation would lead to greater democracy and equity, or how strong the connection would be. So we set out to study it.

Then, we had long discussions about what the ultimate outcome of democracy might be, on an individual and collective level, and we decided it was captured best by the concept of civic agency. We defined civic agency as: a community’s ability to organize and undertake collective action in its own self-interest. We measured civic agency by creating survey questions that lined up with the ways civic agency was discussed in the literature. We asked questions about community members taking action, increasing contact with decision makers, strengthening skills to influence future decisions, and if community voices about the HIA topic were heard.

Once we had our questions ready, we sent out our survey to HIA team members and to the community members that participated in their HIAs. We got nearly 100 respondents (63 HIA team members and 30 community members), representing 47 HIAs across the US. We followed this up with an in-depth study of four HIAs that we followed from beginning to end, to better understand the context of our findings and see if there was anything we missed.

Another finding that was stronger than we expected – no one feels like the community participation has a negative impact on the success of their HIA. In fact, a whopping 84% said they thought it had a positive impact.

Figure 2. Impact of Community Participation on the Success of the HIA

Finally, HIAs are doing a good job at supporting democracy through civic agency. With responses ranging from 63% to 85%, the majority of respondents reported that each measure of civic agency was achieved through the community participation in their HIA. This is great news. While we always suspected this would be the case – it makes intuitive sense that involving people more in the decision-making process that impacts their lives increases democracy – it is very encouraging to see this documented.

But there’s still room for improvement. Less than one-third of the respondents indicated that community participation in their HIA was at one of the top two levels on the spectrum – where the most benefit comes. The findings from this study give us even more reason to keep striving for these higher levels of participation. We thought this was true, and now we know it is. Good news, indeed.

Check out our full report for more information on recommendations to enhance community participation in HIAs.

Ready to Imagine Another World 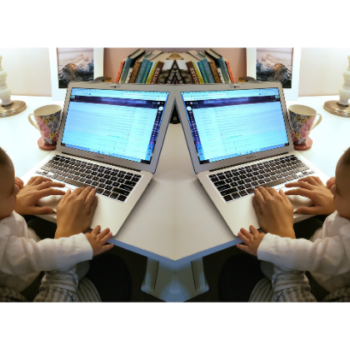