Police violence is a public health issue, but not according to APHA’s Governing Council 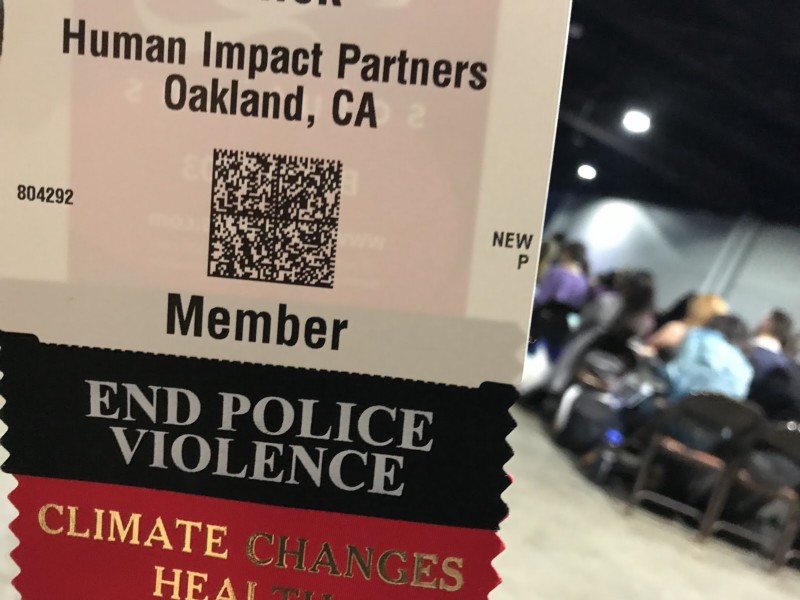 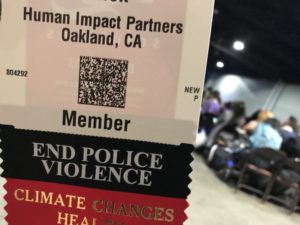 Last year, the APHA Governing Council temporarily passed a policy statement, “Law Enforcement Violence as a Public Health Issue.” Because it was so controversial, this policy statement was only passed for one year and came up for review again this year.

The authors of the proposed policy statement spent the past year strengthening the statement, incorporating feedback, adding more data sources and gaining support from the community both inside and outside of public health.

This year, the authors showed up at the APHA Annual Meeting with a huge amount of support and a strong revised policy statement. Hundreds of conference attendees wore “end police violence” ribbons on their name badges, showed up and spoke at a hearing, lobbied the voting members of their APHA sections, rallied in front of the conference center, and posted on social media using the #EndPoliceViolence hashtag.

At Human Impact Partners, we know, without a doubt, that police violence is a public health issue. In 2016, at least 1,091 people in the US were killed by law enforcement officers and tens of thousands more are injured and hospitalized every year.

Additionally, police violence can cause trauma and stress. The impact of police violence disproportionately affects marginalized communities including people of color, LGBTQ communities, immigrants, and people with disabilities. As we’ve seen awareness of this issue rise over the past few years through the #BlackLivesMatter movement and dozens of high profile deaths, this is not something we can ignore.