The other story – The Price of Nice Nails – exposed the low wages, poor working and living conditions, and social factors that make nail salon workers especially susceptible to exploitation. Few workers are paid the state’s legally required minimum wage. Tip stealing is common and overtime pay is non-existent. Workers often have to pay employers to learn a new skill and must either pay for or provide their own working supplies. All these are forms of what we’ve come to call wage theft.

One barrier that makes low-wage workers more susceptible to violations is the inability or limited ability to speak English. One salon worker interviewed by the Times said that by learning English, she would increase her chances of landing better work, but chronic hand pain – common among nail workers – and exhaustion from long hours deterred her. This was also the case with workers in our HIA.

Another hidden nuance of wage theft is stratification and discrimination within low-wage industries. The Times series and our report found that there is a hierarchy of work and wages based on country of origin and language spoken among all low-wage workers. Newly arrived and undocumented immigrants often start with the lowest pay and harder jobs, which further divides workers and feeds competitiveness.

After the release of these stories, New York’s Governor, Andrew Cuomo, announced an emergency measure to protect nail salon workers. “We will not stand idly by,” he said, “as workers are deprived of their hard-earned wages and robbed of their most basic rights.”

The governor’s emergency measures include use of protective gear for workers and improved ventilation of facilities, posting of worker rights in multiple languages at nail salons, creation of an enforcement task force, and education campaigns through community groups. Salons must now be bonded to ensure that workers can eventually be paid if salon owners are found to commit wage theft.

Cuomo should be applauded for his response to the plight of nail salon workers in New York. But the issues highlighted in the Times’ nail series are common across many low-wage industries, and found from coast to coast. We would argue, as do the NYT authors, that farm workers, nannies, car wash workers, day laborers, dishwashers, busboys, construction workers, garment workers, janitors and others, experience similar work conditions and suffer from lax regulation of labor laws.

To address the social and health effects of wage theft in the State of California, we submitted a letter of support for bill SB 588, which would enforce current state wage theft laws and help workers collect stolen wages, and highlighted findings from our HIA. We were encouraged to see the letter reprinted almost entirely in the Senate Judiciary Committee’s bill analysis. Additionally, during lobby visits, legislators showed support for the HIA findings and the need for a health lens on economic issues more broadly.

The nail salon workers stories and wage theft experiences in Los Angeles, California, and across the nation demonstrate that worker protections should be extended more widely to low-wage industries more broadly. Doing so would protect the health and well-being of workers who are in vulnerable occupations, and would ensure they have an opportunity to succeed. 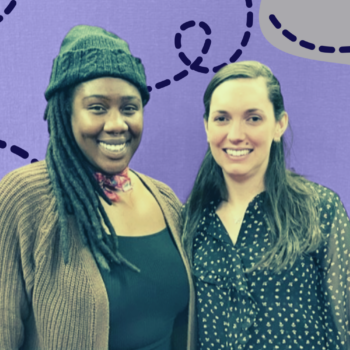